It’s mid-September and right now it’s a brisk ~66 degrees~ in the Bay Area. My favorite season, autumn, is right around the corner. Autumn in California feels a little different than autumn back home in Boston. The foliage is not nearly as abundant and you just kind of force yourself to wear sweaters and beanies to fake some semblance of season change (even if you are low-key roasting in the sun). We’re all lying to each other, pumpkin spiced coffee in hand. I even grabbed two Glade scented “Sipping on Apple Cider” candles last night at Target to get in the spirit because dammit it’s autumn which brings my favorite holiday – Halloween.

Halloween is dope. Ever since I was a kid I loved it and I’ve given a lot of thought into what this stems from. Candy is delicious and the love for Reese’s is real but I attribute my love for spooky stuff to a couple things. Growing up my mom worked second shift and would get home around midnight. Every so often (especially in the summers), I would stay up and wait for her to get home. Once she got home she would wind down and watch television which a lot of the time consisted of late night re-runs of Golden Girls and Unsolved Mysteries. So there I was, a young child of seven, watching Robert Stack tell true stories of murder and violence. Thanks, mom.

My parents also didn’t monitor what I watched too closely either and I link this to my love of thrillers and horror movies. If they were watching It or Tales From the Crypt, little Brit was watching too. When Halloween came around instead of dressing as a Disney princess I was the Grim Reaper or Ghostface from Scream (multiple years in a row). I had, and still do have, a very active imagination and horror movies lend themselves perfectly to to that. Witches, ghosts, paranormal who-knows-what? Yes, yes, and yes.

As a horror movie fan we’ve been blessed with really good horror movies in the last few years and this time of year is a perfect time to re-watch favorites and experience new ones you’ve never seen before. Some people ask me “How do you watch that stuff?!”. Oh I don’t know Susan, how do you marathon The Kardashians all weekend? Everyone has their thing. Below is my (goes without saying but completely subjective) list of my 5 favorite horror movies released in the last five years (in order in which they were released). Leave your thoughts and favorites in the comments – I’m always looking for new movies to add to my list!

There have been many horror movies that focus on a haunted house and it’s easy for a movie like that to fall flat but The Conjuring did this really well. The acting was great, they didn’t rely too much on jump scares, and they used silence in the best way. Fun fact: The real life story this is based on happened in my home state of Rhode Island. Of course, what actually happened is still up for debate.

For me, the best horror films create a story that is a smart narrative on real human truths or fears. To me, The Babadook took the very real, very relatable subject of loss and grief and turned it into a monster at the center of this movie. I personally haven’t seen many horror films do it this well and I remember leaving the theater having been scared but also feeling weirdly inspired by the ending. Also in 2016 the gay Tumblr community turned the Babadook into a gay icon which really is a gift in itself. 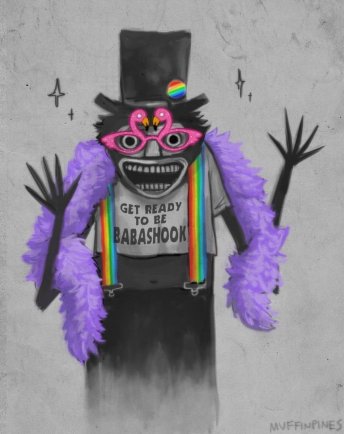 Starring Anya-Taylor Joy (Split, Glass) The Witch spoke to New England born and raised me who, like the director, grew up going to Plimoth Plantation and Sturbridge Village. The film takes place in 1630s New England (period piece, yes please) and is centered on a family who has been banished from their Puritan plantation. So weird shit starts happening coupled with insane, primitive beliefs of the time. You do the math. 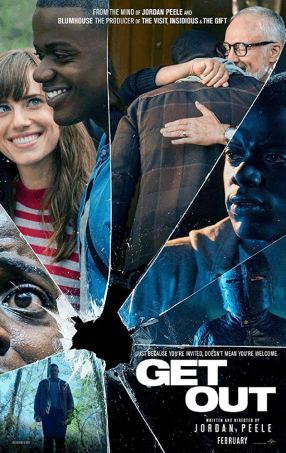 Yes. Get Out is a horror movie. I remember all the early buzz this film got and being excited to see it and being blown away. Like The Babadook Jordan Peele took a real life fear and made it the center of his movie. It was smart, scary, thoughtful, and even at times funny. His Best Original Screenplay Oscar was so well deserved. And who knew Allison Williams could play a character you might hate even more than Marnie on Girls?

Is this cheating because it’s a remake? Whatever because the remake was really solid. It absolutely would have crashed and burned without the talented cast of kids they were able to pull together. Poor Finn Wolfhard (coolest name ever?) will always be living in the 80s. Tim Curry and the original It is a classic but the remake came at just the right time and was given the attention and care it deserves. I am pumped for Chapter 2. James McAvoy, Jessica Chastain, and Bill Hader reunited? Sign me the eff up.